30. The Future of Ground Warfare with COL Scott Shaw 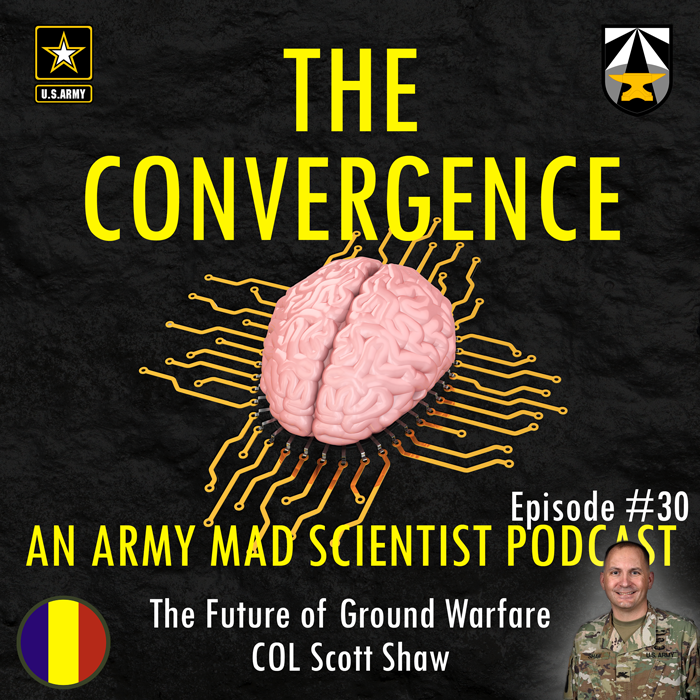 The Convergence - An Army Mad Scientist Podcast
30. The Future of Ground Warfare with COL Scott Shaw

In today’s podcast, COL Shaw discusses the future of ground warfare and the realities of combat for tomorrow’s Soldiers. The following bullet points highlight key insights from our interview with him:

Stay tuned to the Mad Scientist Laboratory for our next episode of “The Convergence,” featuring an interview with Cathy Hackl — Futurist and Founder of Futures Intelligence Group, one of LinkedIn’s Top Tech Voices, and the host of the Future Insiders podcast — discussing forecasting, the future of augmented and virtual reality, and women in tech on 18 March 2021!