57. The Most Consequential Adversaries with GEN Charles A. Flynn

The Convergence - An Army Mad Scientist Podcast
57. The Most Consequential Adversaries with GEN Charles A. Flynn

Gen. Flynn is a native of Middletown, Rhode Island and Distinguished Military Graduate from the University of Rhode Island with a BS in Business Management. General Flynn is a graduate of the Infantry Officer Basic and Advanced Courses at Fort Benning, GA. He holds two master’s degrees, one in National Security and Strategic Studies from the United States Naval War College in Newport, RI, and one in Joint Campaign Planning and Strategy from the National Defense University.

In today’s interview, Gen. Flynn discusses the unique pacing threat posed by China, building interoperability with partner nations, and the future of multi-domain operations in INDOPACOM.  The following bullet points highlight some of the key insights from our interview:

- The Army’s Joint Pacific Multinational Readiness Center (JPMRC) integrates live, virtual, and constructive environments, enabling our forces and partners to conduct training via a mobile, regional training center in the Pacific’s Arctic, Jungle, and Archipelago conditions and environments. JPMRC enables the Army to maintain a constant presence in the region, train, and build readiness with our allies and partners.

- While training with technology in the region of operation is important, relationships matter.  Building strong relationships between individuals, organizations, and countries is vital for deterrence by denial. We rely on our allies and partners for their understanding of the geography and the human terrain — the cultures, the societies, and the peoples of the region.

If you enjoyed this post, learn more about China as our Pacing Threat at the TRADOC G-2’s China Landing Zone

“No Option is Excluded” — Using Wargaming to Envision a Chinese Assault on Taiwan, by Ian Sullivan

The Operational Environment (2021-2030): Great Power Competition, Crisis, and Conflict, along with its source document

How China Fights and associated podcast

The Hermit Kingdom in the Digital Era: Implications of the North Korean Problem for the SOF Community, by Colonel Montgomery Erfourth and Dr. Aaron Bazin

Competition and Conflict in the Next Decade

Disclaimer: The views expressed in this blog post do not necessarily reflect those of the U.S. Department of Defense, Department of the Army, Army Futures Command (AFC), or Training and Doctrine Command (TRADOC). 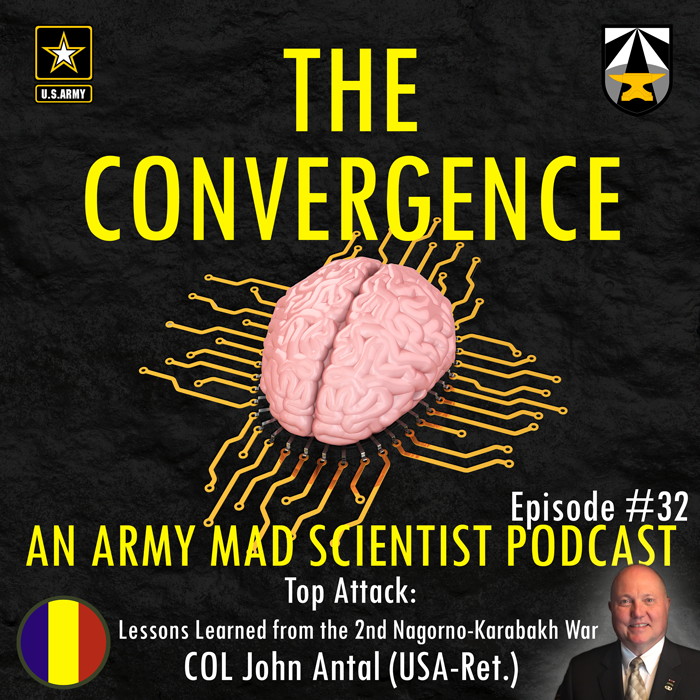 COL John Antal served 30 years in the Army and has commanded combat units from platoon through regiment and served on division, corps, and multinational staffs. He also served at the National Training Center and has extensive ex­perience in Korea, serving multiple tours on the DMZ.  After retiring from the Army, COL Antal was selected by Mi­crosoft Games Studio to help develop an interactive enter­tainment company in Texas. He then became the Executive Director for Gearbox Software with studios in Texas and Can­ada. He led teams to develop multiple AAA+ video games and is an innovator in the interactive gaming and learning industry.  As an author, COL Antal has published 16 books and hundreds of magazine articles. He has served as Editor of the Armchair General magazine, and appeared on TV and the radio to discuss leadership, historical, and national security issues. He is a freelance correspondent for Euro-based Military Tech­nology (Mönch Publishing Group) and Mittler Report Verlag. In today’s podcast, COL Antal discusses the implications of the Second Nagorno-Karabakh Conflict, the psychological effects of drone warfare, and the future of maneuver. The following bullet points highlight key insights from our interview with him: U.S. success in future conflicts depends on our ability to analyze the trends found in conflicts today. By examining the Second Nagorno-Karabakh war, the United States can gain valuable insights on the future of warfare, and better respond to threats in future conflicts. Ten lessons learned from the Second Nagorno-Karabakh conflict are: Know Yourself, Know your Enemies.  The Azeris had reviewed the underlying causes of their previous defeat at hands of the Armenian armed forces, meticulously studied their current ...

National Security Innovation Network (NSIN) is a problem-solving network in the U.S. Department of Defense (DoD) that adapts to the emerging needs of those who serve in the defense of our national security. NSIN is dedicated to the work of bringing together defense, academic, and entrepreneurial innovators to solve national security problems in new ways.   Trish Martinelli, At-Large Director, NSIN, is an accomplished Senior Intelligence professional with a strong background in business, applicable analysis, and a keen sense of how to implement innovative planning in support of customer satisfaction.  With more than 25 years in Government, Military, Analytical, Middle East, Special Missions and Operations Expertise, she is adept and experienced in working with people of diverse backgrounds to maximize the benefit from relevant experience.   David Schiff, At-Large Director, NSIN, is working to change the culture of the DoD and Federal Government to favor innovation as a strategic advantage and strengthen the relationship between civilian industry and the Government to solve the world’s biggest problems.  He seeks to bridge the gap that has developed between these ecosystems by building more collaborative, higher-trust, more empathetic, and creative environments, which will lead to the innovative solutions we need to ensure a better world for future generations.   In this episode, Ms. Martinelli and Mr. Schiff discuss innovation, the value of hackathons and crowdsourcing in harnessing the Nation’s intellect to benefit National Security, and integrating their programs in support of U.S. Army innovation. The following bullet points highlight key insights from our interview:   The DoD has created a series of innovation organizations. Each of these organizations has specific priorities tailored to the mission of the branch that oversees it. NSIN, however, serves as an innovation catalyst for the entire DoD, seeking to serve each ... 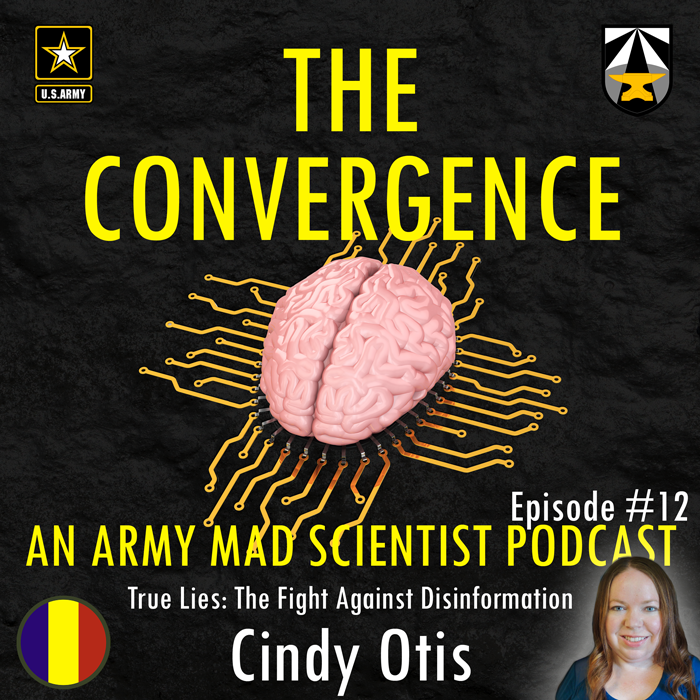 In this latest episode of “The Convergence,” we talk with Cindy Otis, a disinformation expert specializing in election security, digital investigations, and messaging. She is a non-Resident Senior Fellow at the Atlantic Council’s Digital Forensic Research Lab. Prior to joining the private sector, she spent a decade as a CIA officer, serving as an intelligence analyst, briefer, and manager. Her regional expertise includes Europe and the Middle East. Ms. Otis is the author of the forthcoming book True or False: A CIA Analyst’s Guide to Spotting Fake News, to be published on July 28, 2020 by Macmillan Publishers. In this episode, we discuss the role of technology in accelerating the spread of disinformation; its increasing use by state, non-state, and commercial actors; and the vital role an educated population has in implementing effective intervention tactics and counter-measures. Some of the highlights from our interview include the following: • Disinformation and propaganda have been a part of the information landscape for a long time, but the current news focus sometimes creates a misconception that it is a new phenomenon. The tools and tactics that organizations use might change with the creation of new media, but the patterns and messages are the same throughout the historical context. • Because fake news and disinformation are not new phenomena, there are actions that can be taken to defend against it and people can be armed against it. People should feel hopeful that there are actions they themselves can take to become a first line of defense against fake news. • People should also have a feeling of responsibility that they are part of the solution in being more conscientious about what information they consume and what ...