45. Learning About the Future Through History with Dr. Brent L. Sterling 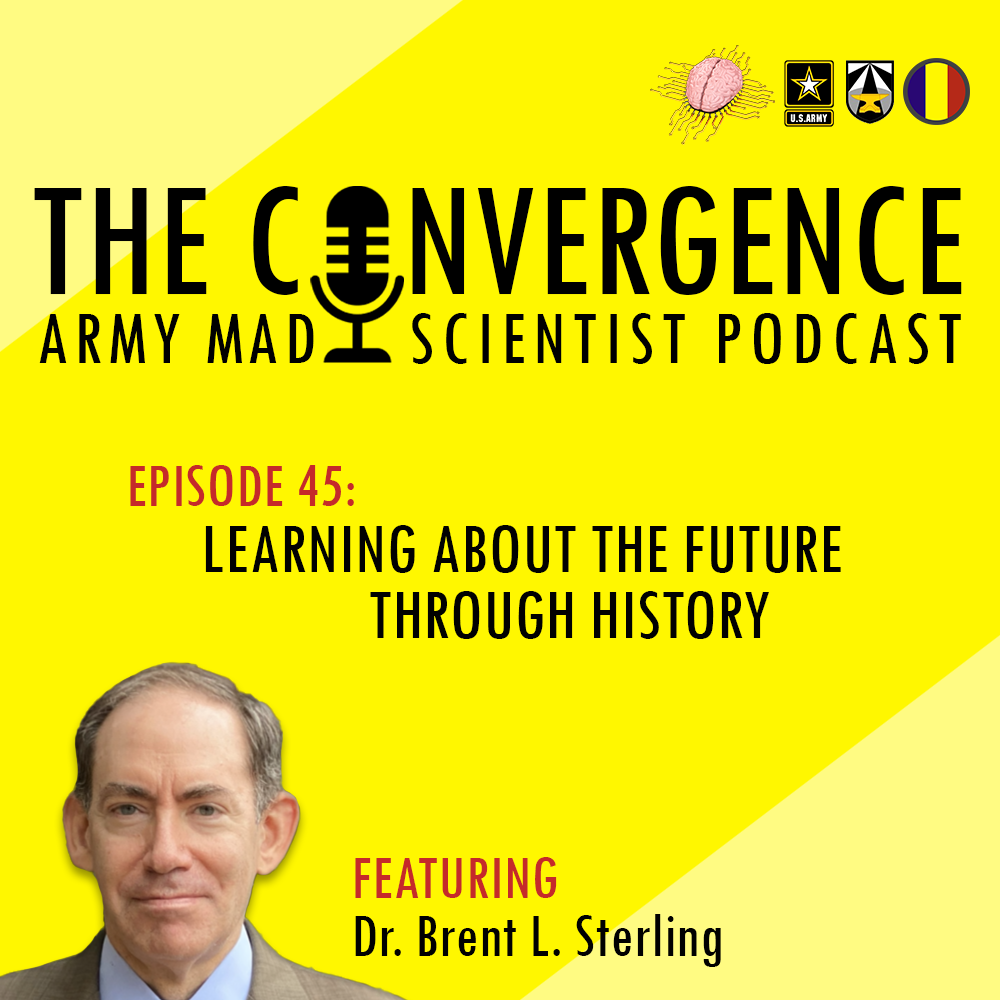 The Convergence - An Army Mad Scientist Podcast
45. Learning About the Future Through History with Dr. Brent L. Sterling

Brent L. Sterling has been an adjunct lecturer at the Edmund A. Walsh School of Foreign Service at Georgetown University for the past twenty years, teaching courses on security studies, military strategy, and operations. He is the author of Other People’s Wars: The US Military and the Challenge of Learning for Foreign Conflicts and Do Good Fences Make Good Neighbors? What History Teaches Us about Strategic Barriers and International Security. Dr. Sterling has spent the past thirty years as a defense analyst, including positions at the Central Intelligence Agency and consulting firms working for the U.S. Department of Defense.

In our interview with Dr. Sterling, we discuss how militaries learn (or don’t!) from foreign conflicts, what pitfalls await those trying to learn from historical conflicts, how focusing only on “relevant” observations hampers our creativity in analyzing warfare, and what strategists can do to avoid past mistakes. The following bullet points highlight key insights from our interview:

Stay tuned to the Mad Scientist Laboratory for the debut our new The Convergence podcast series entitled “How They Fight.” Our first episode will focus on Russia and feature subject matter experts from CNA, Center for a New American Security, Georgetown University’s Center for Security and Emerging Technology, and the TRADOC G-2 discussing how Russia fights, addressing unmanned and autonomous systems, maneuver warfare, special operations, cyber warfare, information operations, proxy forces, and more!

“Once More unto The Breach Dear Friends”: From English Longbows to Azerbaijani Drones, Army Modernization STILL Means More than Materiel

The Convergence: The Future of Ground Warfare with COL Scott Shaw and associated podcast

Lessons from the Cold War: “The Ugly American” and Multi-Domain Operations

Why the Next “Cuban Missile Crisis” Might Not End Well: Cyberwar and Nuclear Crisis Management